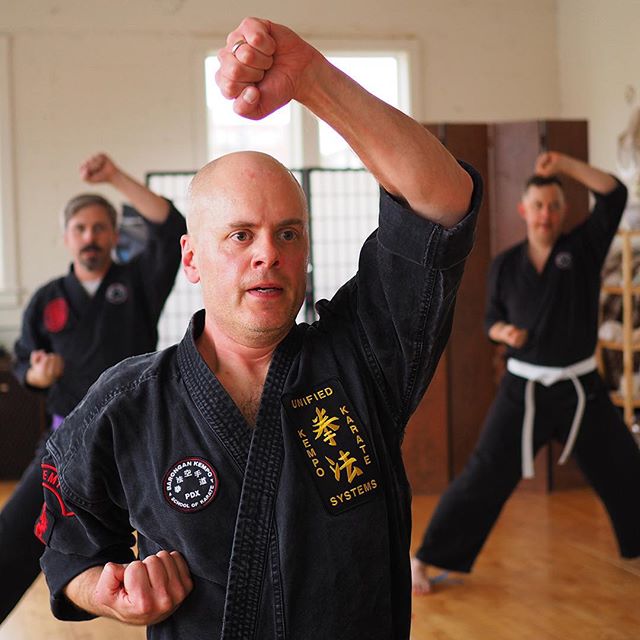 Sempai Bill Miksich has been in the martial arts since 2001 when he began his training in Ying Jow Pai (Eagle Claw) Kung Fu in Des Moines, Iowa. Several years later, he was introduced to Barongan Kempo by Sempai Adam Goble. Sempai Goble was also a former student at the Ying Jow Pai Kung Fu school where Miksich attended. Having grown up in the same town, Sensei Bill and Sempai Adam were on the Dowling High School wrestling team together, and continue to be active instructors at Barongan Kempo.

Sempai Bill earned his Shodan rank in 2008, his nidan in 2010, sandan in 2014, and yondan in 2016. The Sandan presentation was given in Portland, Oregon where Sempai Miksich and his wife currently reside. Sempai Bill holds small classes twice weekly in Southeast Portland.